An idle/incremental game where you go on quests looking for the pieces of the legendary Quixxen Suit, a magical set of equipment said to make its wearer superhuman.  Adventure in different biomes, accomplishing quests, and looking for clues to find each piece of the Suit.

You pick a location from an exploration zone on the left.  Initially, you start with only one location.  In the quest display section, center screen, you complete encounters that ultimately allow you to finish the goal of the quest.

Once you complete the quest by clicking the goal button, you are rewarded with research points for that zone, a new map if you are adventuring in the Plains zone, and a map fragment for the next higher zone.  It takes 6 map fragments to put together a full map, only with a full map can you explore that location.

You can use the research points to optimize your questing in various ways.  Please note, only a handful of techs exist at this time.  I plan to add more over the next few releases.

You can hire an adventurer and assign them to a specific zone.  For this release you can only assign one adventurer to the Plains zone.  I will add a research to enable more assignments in more zones in a future release.

On 8 September, I released v0.1.4.1 alpha 5.  I have enough core features added to the game and I will turn my attention to adding more content to the game.  This includes more quests, research, adventurers, and skills.  I eventually will add a second prestige to the game, however, I don't believe I need it now.

I removed the Windows version with the v0.1.3 release.  I had not opened the Windows version since the first release and when I did this time I realized it really didn't scale well.  To many overlapping components.  I'll work on fixing it in the future, it'll be good practice for future games.

Check out my blog, WeirdBeardDev, to read about my thoughts about game design and development, and stay up-to-date on all my game progress.

As this is an alpha build there is limited content and I imagine more than a few bugs.  Leave a comment with any suggestions or bugs.  Thanks!

Life's an adventure, what's your quest?

I love this, you need some autoupgrades. I think you are modelling this game somewhat on an old favorite idle of mine. But can't remember the name.

You have villages/hamlets with sheep and after finishing a certain number you get a town etc etc.

Are you still working on this one?

First off, thanks! My game was inspired by Matter of Scale. I plan to put out an update later this week. I implemented offline progression over the weekend, it has some quirks that I’m trying to figure out. This week I’m adding in the autoupgrade techs. Once that’s out then I can work on Adventurers.

Well yours sure looks better than matter of scale and I'm looking forward to updates.

Keep up the good work :)

Nice concept. It'd help to have "buy multiple" option, because right now it's too much clicking.

Thanks for your feedback and that that is leading the pack in most requested features. 😀 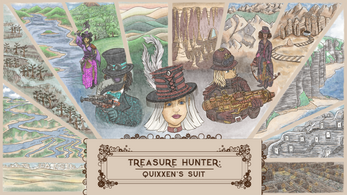 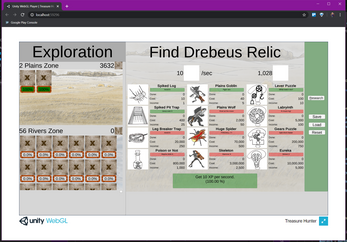